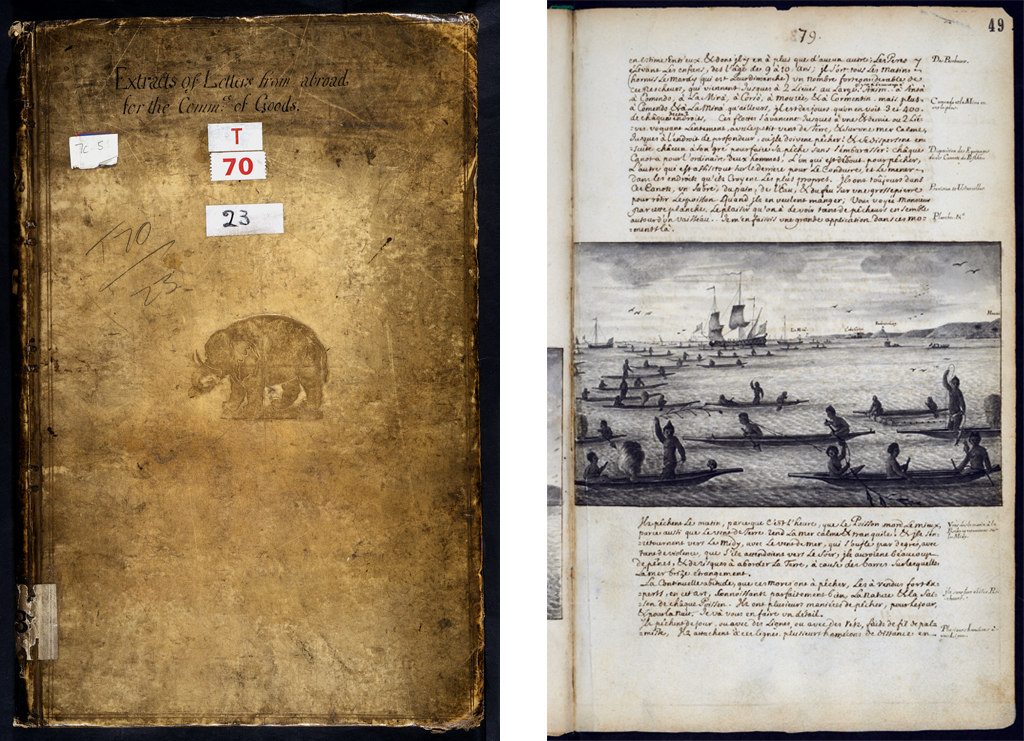 This project develops a new, multivocal perspective on the experience of empire in West Africa. Through detailed analysis of the Royal African Company (RAC) records at The National Archives (TNA), the student will investigate the lives of people of varying social status, enslaved and free, men and women, African and European, while producing and promoting resources on this collection for TNA and its audiences.

From 1672onwards, the RAC monopolised British commerce in Africa, transporting enslaved African people as well as gold and ivory, negotiating and fighting with African rulers and other traders. Its fortifications and trading posts, located from Senegambia to the Bight of Benin, became cross-cultural meeting points and crucial nodes in the business of empire.

Scholars have positioned West Africa primarily as a source of enslaved labour for other imperial centres, emphasising the RAC’s role in this trade, but the RAC as an institution remains understudied. The structure of its operations in West Africa, its role in international conflict and cooperation, and its employees’ relations with West African communities deserve greater attention.

Through a methodology that reads corporate records against the grain, an approach rarely applied to RAC records, this project provides new ways to interpret the voices and experiences of both African and European people at all social levels. The people at the centre of this project established, maintained, lived with, and resisted imperial systems, but they are less well-documented and often left out of conventional histories focused on imperial elites, and on the Americas and the Indian Ocean rather than Africa.

In light of ongoing public debate on empire and slavery, including the toppling of Bristol’s statue of RAC merchant Edward Colston, this project will respond to and inform an important cultural moment. Encompassing both bottom-up and top-down perspectives of empire, it will evaluate the relationships between enslaved and free African and European people, surface their voices within the RAC records, and provide a closer study of a formative institution in the creation of the British global empire and slave trade.