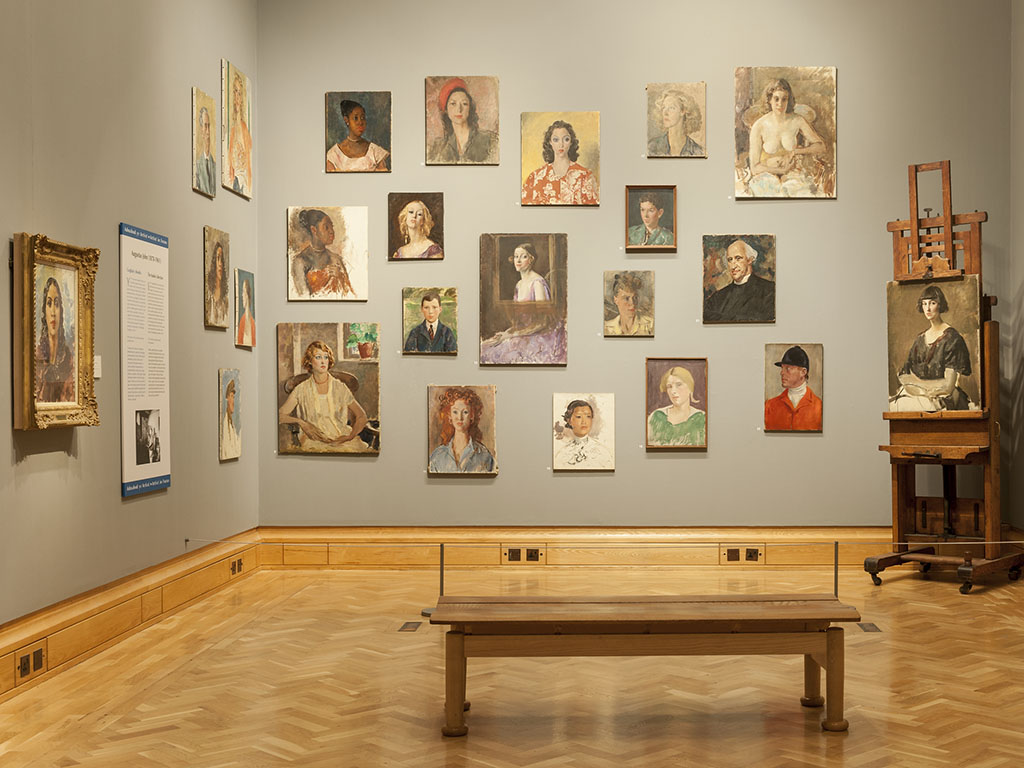 Augustus John (1878–1961) was a Welsh artist whose experimental technique early in his career, charismatic personality and fascination with Bohemian subjects marked him out as a leader in his generation: ‘romantic, daring, scandalous and brilliant’, as the artist Paul Nash remembered (Nash 1949). However, aspects of his achievement have become problematic as critics increasingly notice his macho posturing, decline into traditional portrait painting, and othering of Romany communities and Jamaican people of colour.

The John collection at Amgueddfa Cymru – Museum Wales, the largest and most comprehensive collection of his work in existence, presents a unique opportunity to confront these issues, bringing new material to bear on debates which are critical to revisionist histories of modernism, as well as changing perceptions of this particular artist.

The project will expand the discussion about John, for example, by re-examining his relationship with his homeland, re-evaluating his place within global modernisms, and devoting new attention to his remarkable practice as a draughtsperson and print-maker. It will fill a gap in Amgueddfa Cymru’s understanding of one of its major holdings at the point when it is being digitalised in its entirety, and made accessible for the first time on a new platform to be launched in 2023; and it will provide a blueprint for the management of other collections which present similar ethical challenges.