‘Screening the Child: The Child’s Gaze in Spanish Language Cinema’ organised and created by Rachel Beaney 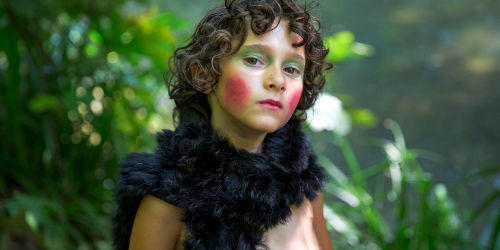 The entire festival was a created through a partnership between the Pragda Spanish Film Club and the Modern Languages Departments of Cardiff University and the University of Exeter, supported by the SWW DTP and AHRC.

The event received much positive feedback.

“It was a great opportunity to take part in a discussion about a film that I love and one that I think is important in film history. I enjoyed hearing responses from different perspectives, including those who had programmed the film at festivals and those who placed the film in different contexts (e.g. drawing parallels with British film, links with other Venezuelan films). I thought the discussion was lively thanks in part to the diversity of opinions held. I hope that the recording will be useful to current and future students alike. “

“I liked the horizontal approach to the discussion, and the focus on affect rather than mere theory. Having so many speakers from various academic backgrounds allowed for a dynamic and interesting debate of the film. I learned a lot.”

More than 478 individuals registered to attend the film festival from around 135 different institutions.

All of the discussions were well attended and, as a result of holding them, Rachel created asynchronous resources about the films on the Cardiff University School of Modern Languages’ YouTube channel.

Moving forwards, Rachel is currently thinking about how to improve her work in outreach, widening participation and schools engagement.

Following on from her experience, Rachel gave some sound advice for other early career researchers hosting events such as these.

Hosting a festival is an excellent opportunity to share knowledge within the university and also the wider community. It is important to think about how this kind of outreach event can be best organised. As you work through the planning stages of your festival, take time to stop and reflect on your aims and how to achieve them.

>> Theme – A festival should have a cohesive theme that unites elements under one topic.

>> Audience – Consider your target audience. Is the festival educational? What is the aim?

>> Resources – Support your festival with educational factsheets. Can you create other supporting resources?

>>Promotion – How will you share the festival? Think about social media platforms, email reminders and calendar invites.

>> Funding – Make a list of possible financial sources. Refine your grant writing technique. Talk to supervisors and colleagues about funds.

>> Platform – Where will you host the festival? Think about access requirements and IT support.

There are no upcoming events at this time.