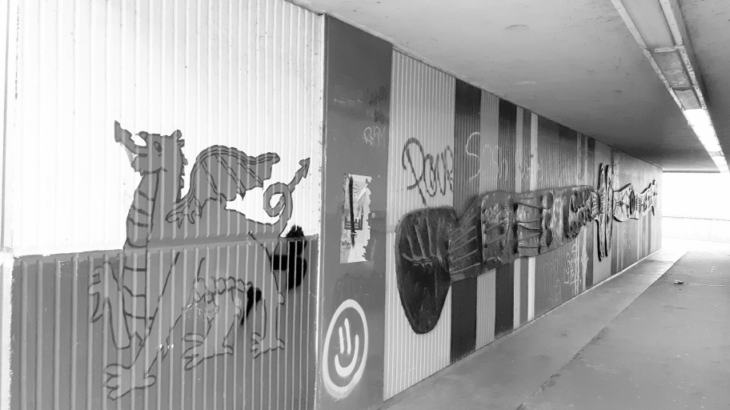 On the morning of 24 March, each of us woke to find that our worlds had suddenly shrunk. Laws passed to curb the spread of Covid-19 meant that, for the foreseeable future, people could only leave the house for one of a few essential reasons. Most notably, outdoor exercise was only permitted once per day, and had to take place within a few miles of home.

For city-dwellers, this reduced the experience of outdoor life to a daily amble around a few familiar streets and parks. Inevitably, tramping up and down the same strips of tarmac grew rather dull. As much as I love Roath, the district of Cardiff that has been my home for nearly a year, I soon grew tired of embarking on a daily state-sanctioned tour of my own postcode.

So, after weeks of the same home-to-park-and-back-again routine, I decided it was time to go off-piste. Drifting from my usual circuit, I ventured down streets, alleys and footpaths that I’d passed many times before but never felt inclined to explore. With little more than the vague idea of seeing what I could find, I would simply set off down a path and keep walking. Gradually, by varying my routes each day, I began to construct a mental map of an entirely new world in the streets around my house. 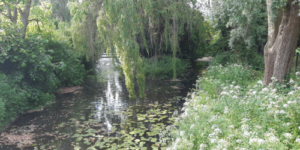 This world was full of wonders. Some were parts of Cardiff’s urban fabric that I had never before acknowledged. Meticulously sculpted parks, unpretentious local monuments, quirks of Victorian architecture and winding alleyways that, in the fierce May sunshine, felt more Mediterranean than South Walian. Other were natural. When your life is restricted to the interior of a student flat, experiences such as picking wild garlic in Roath Park Wild Gardens or disappearing into the untamed woodland around the River Rhymney take on a new significance. The unexplored world that lay beyond my street was not only a place of fascination, but also one of liberation.

Of course, aimless rambling has its drawbacks. More than once I found myself wandering the lanes of some soulless industrial park, or burned blisters into my soles trying to escape the cul-de-sacs of a newbuild estate. One Saturday stroll even ended with me lost in a swamp somewhere north of Cardiff with only a few feral horses for company (getting home meant hopping a crash barrier and marching down the A4232 back to humanity). Nonetheless, the unpredictable nature of urban wandering is part of its charm. After all, cities are patchworks of beauty and ugliness, of the aesthetic and the practical. To really know your neighbourhood, you must see it in all its shades. 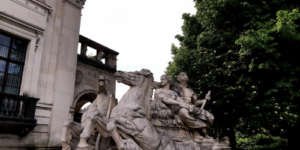 By the time you read this, lockdown will largely be over. I for one can’t wait to rediscover the world outside my tiny corner of South Wales. Yet this doesn’t mean that the lessons learnt on my rambles were in vain. I discovered a new world just over the threshold, a complex urban space that I had completely ignored before the pandemic. With this discovery came a deeper sense of connection, as though by witnessing the neighbourhood I became part of it, despite only moving to Roath last summer. Looking ahead, I would urge readers – especially those who began their studies in a new city last year (or are beginning this September) – to take some time to explore their communities on foot. Our worlds may be expanding again, but we shouldn’t ignore what lies on our doorsteps. It’s worth the effort, I promise.

Photos all author’s own.