Sublime Stupidity – clowning around in Italy, a workshop on the art of the red nose clown 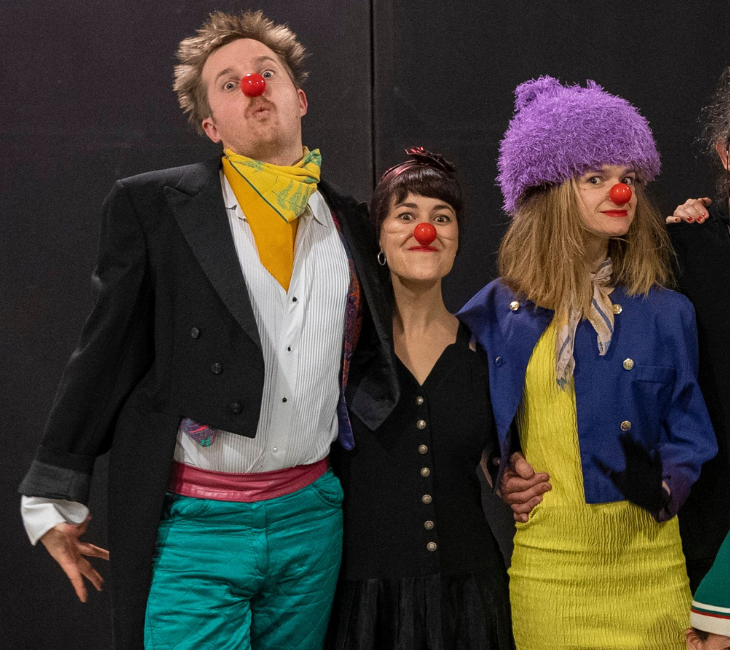 James Oldham, SWWDTP student at University of Southampton and Bath Spa University, talks about the art of the red nose clown – participating in a workshop in Italy.

In December 2021, I attended a 5-day intensive clown workshop with Giovanni Fusetti in Padova, Italy. The workshop was called ‘The Sublime Stupidity’ and was an exploration of the art of red nose clown. There were ten participants from across Europe and even one from Australia, all coming from different performance backgrounds, but everyone with had some experience in clown. The course was a healthy balance of Giovanni’s unique exploration of our bodies as objects of comedy; and context based in Greek etymology and Lecoq technique.

On the first day, we took it in turns to enter the stage. The only requirement in this activity is that you maintain eye contact with the audience (Giovanni and the other participants) for duration of the activity AND REMEMBER TO BREATHE. This is an alarmingly difficult task – there were decades worth of performance experience in the room, yet everyone found the task extremely challenging. The next exercise was entering the stage. Very similar! But this time, with a red nose. We are now working in mask and no longer simply ourselves on a stage – the clown is now entering the stage. The task was still not easy, no script, no instructions, just entering, eye contact and breathing. 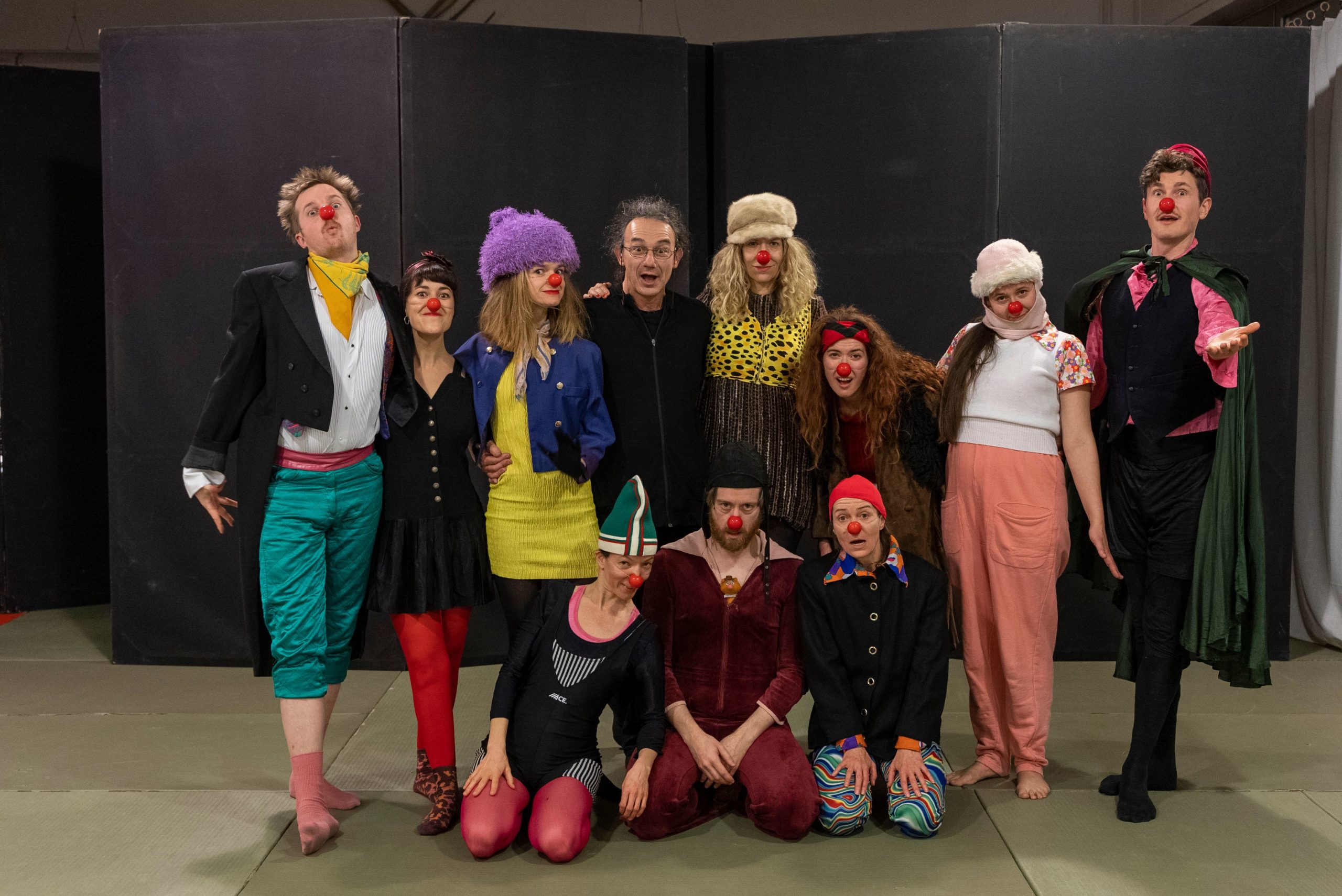 Throughout the rest of the week, we learned to understand our own physicality and realise the ridiculous therein when seeing others imitate our movements. It can be alarming, even upsetting to see yourself as this ridiculous comic entity; but at the same time liberating and enriching to realise how much comedy (and poetry) you’re already carrying around with you.

We built our clown personae around simple exaggerations of movements, character traits and eventually speech. For Giovanni, any new idea or gesture was lost unless one breathes into it. Everything should be grounded; in fact, Giovanni informed us that clown comes from clod, as in ‘a lump of earth’.

In the context of my research, the significance of this training is two-fold: firstly, I believe that every finding is deeply entrenched in my practice as a composer and performer, and clowning has become a significant part of this practice in recent years. Maintaining the practice and receiving training is therefore essential. Secondly, I am making a case for the universality of humour and the compatibility of clown and music.

What Giovanni taught us was that clowning is something ethereal, poetic, and can be found in all of us. Some suggest that we all have an ‘inner clown’ that can be accessed, but Giovanni instead suggests that the clown is something almost spiritual that may borrow our bodies for the duration of temporal performance. It is then something we can bid farewell after – a poetic reason why we clap after a performance is to scare away the muses who entered the room for the performance.

In noticing the comic potential in ourselves, we can communicate, humorously and generously, the things we are keen to say but have no words for. This is beyond what I hoped to discover on the course, and something that I experienced first-hand. What I gained from the course was perhaps beyond knowledge, it was how to invite the muses back into my practice and research, after the most muse-free years of my life.

Covid-19 had a major impact on the research SWWDTP had funded. I am a performance practitioner whose research methodology revolves primarily around being a live audience member and performer. Much of my research has consequently been on hold or significantly compromised.

Something that SWWDTP do so well, is funding researchers that challenge the perceptions within their field by delving into untrodden interdisciplinary research projects. Particularly for comedians, the pandemic made us think small, and involuntarily inside the box – a physical box, or in the form of a zoom window.

Giovanni’s course in Padova was a shattering of this box, a jack-in-a-box, the release of two years of tension. But it was also learning how to stop thinking entirely, how to look up inside your own head and laugh at the emptiness.

We were experiencing Kairos in the name of exploring laughter, playfulness, and our own poetic bodies; in some clown’s cases, this was the cause of an uncontrollable bought of laughter. It is amazing that SWWDTP not only support the costs of such training, but actively encourage it, recognising the relevance of the broadest range of training opportunities.