Sue Greaney talks about her experience as one of the AHRC BBC Radio 3 New Generation Thinkers and where it has taken her. 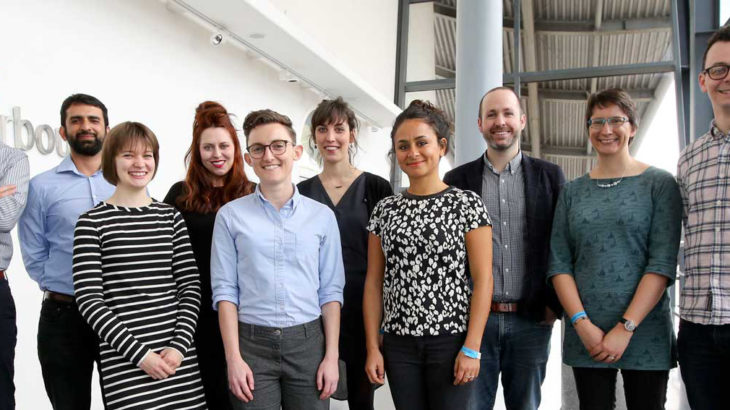 In my last blog post, I introduced myself and gave a bit of background to my archaeological career and PhD research. As a quick reminder, I’m a part-time PhD student at Cardiff University, undertaking research into Neolithic monuments.

Approaching the final stages of my PhD, I spotted a call for applications to the AHRC BBC Radio 3 New Generation Thinkers scheme. This seemed a perfect opportunity to hone my media skills and to share my research with new audiences. After attending an information session at my university, I submitted an application, which comprised a radio programme pitch, a summary of my research and a review of a recent cultural event.

I was excited to receive the news that I’d got through to the second round, one of 60 people invited to a workshop in London, at the BBC. This was designed to test our skills in presenting, debating and critiquing. It was an intense but fun day, with such a high standard that I assumed I would have no chance. It was quite a surprise to open an e-mail a few weeks later to find that I was going to be named one of ten 2019 New Generation Thinkers!

The scheme is designed to bring new, young(ish!), expert voices to the attention of Radio 3, who can then call on us to take part in spoken word programmes. The scheme also allows researchers to present their research to the public. After a two-day media training session, the 2019 cohort was invited to the BBC Free Thinking festival at the Sage, Gateshead. Here, we all took part in a recorded programme in front of a live audience that introduced our research. We also got to meet the 2018 cohort and see them record their Essays, 20-minute long programmes ready for broadcast. 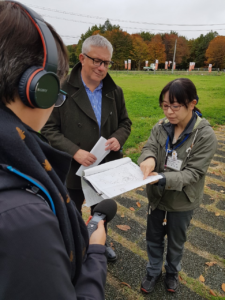 Over the course of the year, the producers at BBC Radio 3 have offered us opportunities to get involved in spoken word programmes and events. So far, I’ve recorded a lovely Free Thinking programme about rivers, poetry and ecology, where I was able to draw on recent PhD work that I’d done on Neolithic attitudes to rivers, springs and water. I’ve also recorded a short section of another episode all about museums stores and how important they are, part of this programme. The BBC are keen to hear from us about programme ideas too – I’ve recently pitched the idea of something focusing on prehistoric Japan, as I’ve recently been on a trip out there through my English Heritage work. I was provided with an audio recorder to record background sounds (such as bullet trains, train stations, birds and rivers) as well as interviews and descriptions ready to make that programme. 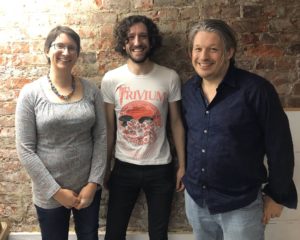 The status of being named a New Generation Thinker has also perhaps led to opportunities to take part in other events and media appearances. I recently recorded an episode of the BBC podcast You’re Dead to Me on Stonehenge with Greg Jenner and comedian Richard Herring, which was great fun. The AHRC also invited us along to a recent launch of their 2020 scheme which took place at the Houses of Parliament – not often you get to speak to MPs and government officials on the importance of expert voices! I was also asked to speak at the Hay Festival this year, in a discussion about myths, legends and heritage, sharing the stage with, and trying not to get too star-struck by, David Olusoga.

Overall, the AHRC BBC New Generation Thinkers Scheme has given me some great experiences, training and contacts, and has given me a good insight into the making of radio programmes and the media. I’d advise anyone thinking of applying to just go for it! Meanwhile, I’ll get back to finishing my PhD….