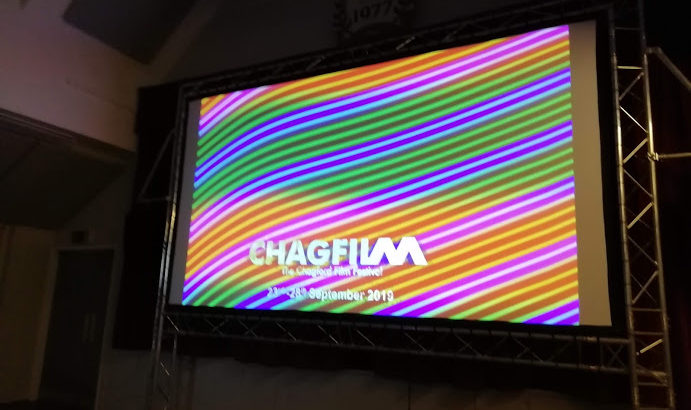 In order to disseminate my research outside of the university setting, I curated a day of film screenings at Chagford Film Festival on Wednesday 25 September 2019. With help and support from my supervisor at Exeter Professor Sally Faulkner and funding from the DTP, I organised a day entitled The Child in Spanish and Latin American cinema. A lucky group of students from Exeter studying on undergraduate Spanish modules were taken on a field trip to the festival. My colleagues from Exeter Modern Languages Dr Natália Pinazza, Dr Enrique del Rey and Professor Sally Faulkner offered fantastic introductions to the films.

The screenings of La mala educación (Pedro Almodóvar, 2004) and Estiu 1993 (Carla Simón, 2017) and Linha de Passe (Walter Salles and Daniela Thomas, 2008) were well attended, and an audience of around 100 watched Carla Simón’s Estiu 1993, which features visually stunning shots of the Catalan countryside. My colleagues and I also chaired Question-and-Answer discussions following the films. Lively discussions ensued about the various cinematic techniques that foregrounded the child’s perspective in each of the films. Topics ranged from Almodóvar’s treatment of the child in Catholic, Franco-era Spain, to Simón’s depiction of the child’s experience of the AIDS crisis in 1990s Spain and Salles and Thomas’ portrayal of class, race and the child’s struggle in São Paulo. I’d like to thank the Institut Ramon Llull and the South West and Wales Doctoral Training Partnership (Arts and Humanities Research Council) for supporting and sponsoring the day.