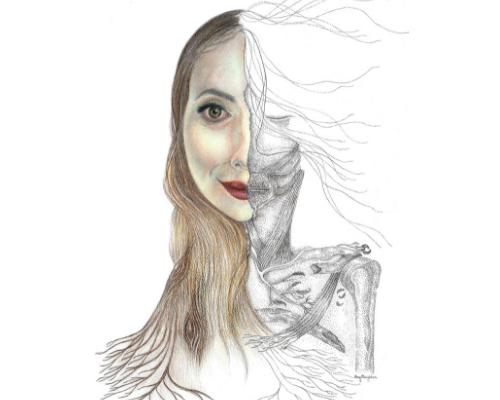 My thesis analyses representations of manic-depressive illness from 1830-1930, examining how mood disorders became a diagnostic category by concurrently analysing medical case notes and literary texts. Artwork has also become a vital part of my PhD project: to conceptually explore my research, I have been creating a body of artwork based on different stages of my thesis. Bipolarity exhibition at The Gate Art Gallery in Cardiff was the first solo exhibition of my PhD, featuring 43 pieces of original artwork exploring the findings from my first two chapters.

Primarily using a pointillism technique, which involves delicately layering thousands of individual ink dots to build textures and images, my artwork hopes to go beyond simply illustrating the research. Having lived with bipolar disorder since childhood, art began as a means of trying to understand my experiences before I could recognise them as symptoms of illness.

With the dual perspective of years of misdiagnosis – on average it takes 10.5 years to receive a diagnosis of bipolar (Bipolar UK) – and then post-diagnostic identity, I began to use artwork as a means of exploring the conceptualisation of bipolarity. Now drawing from both my research and my own experiences, exhibitions create a space for reflection: examining how medical categories and representations have evolved to reflect on social perceptions of mental illness today. 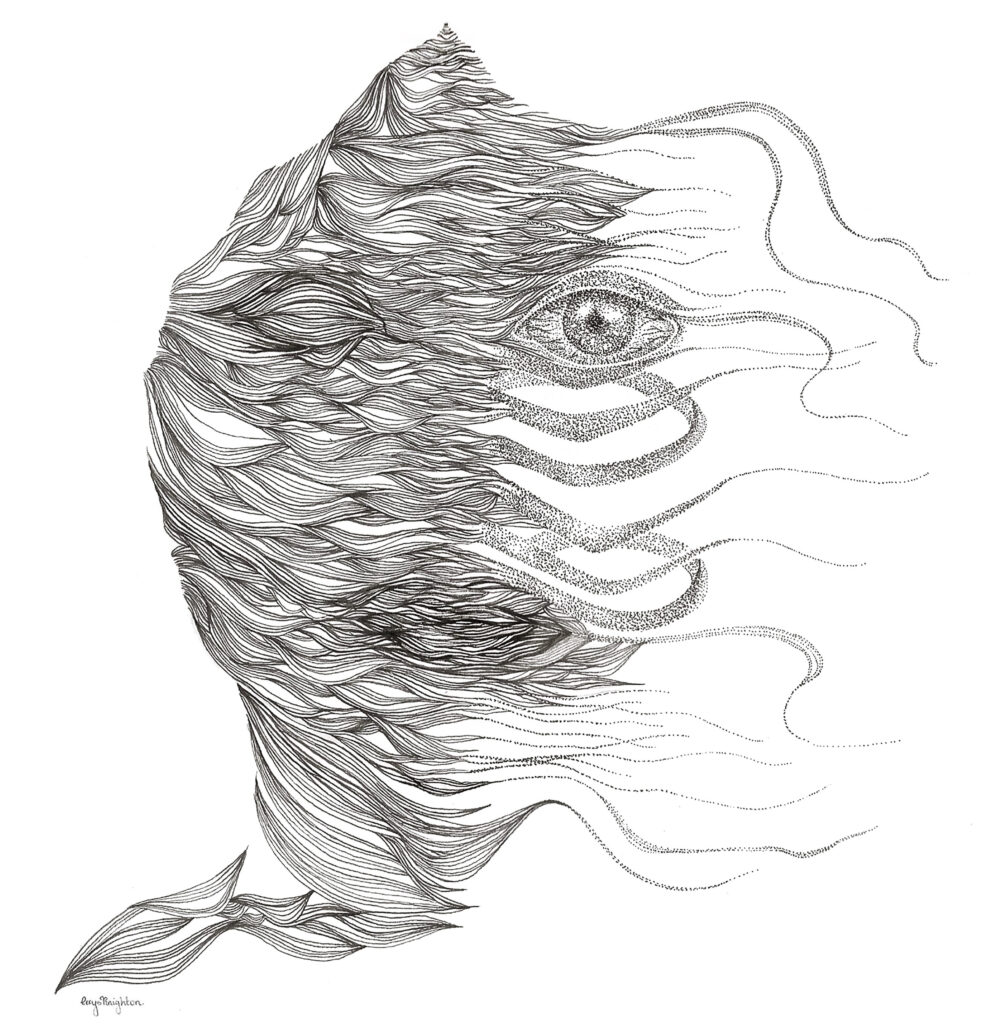 Tackling misconceptions is a significant aspect of the work. This illness toys with your sense of self through symptoms such as dissociation and delusion, but the stereotyping of bipolar also has a significant impact on identity. Social stigma becomes self-stigma, and self-identity becomes increasingly unstable.

Primary themes in the exhibition included: 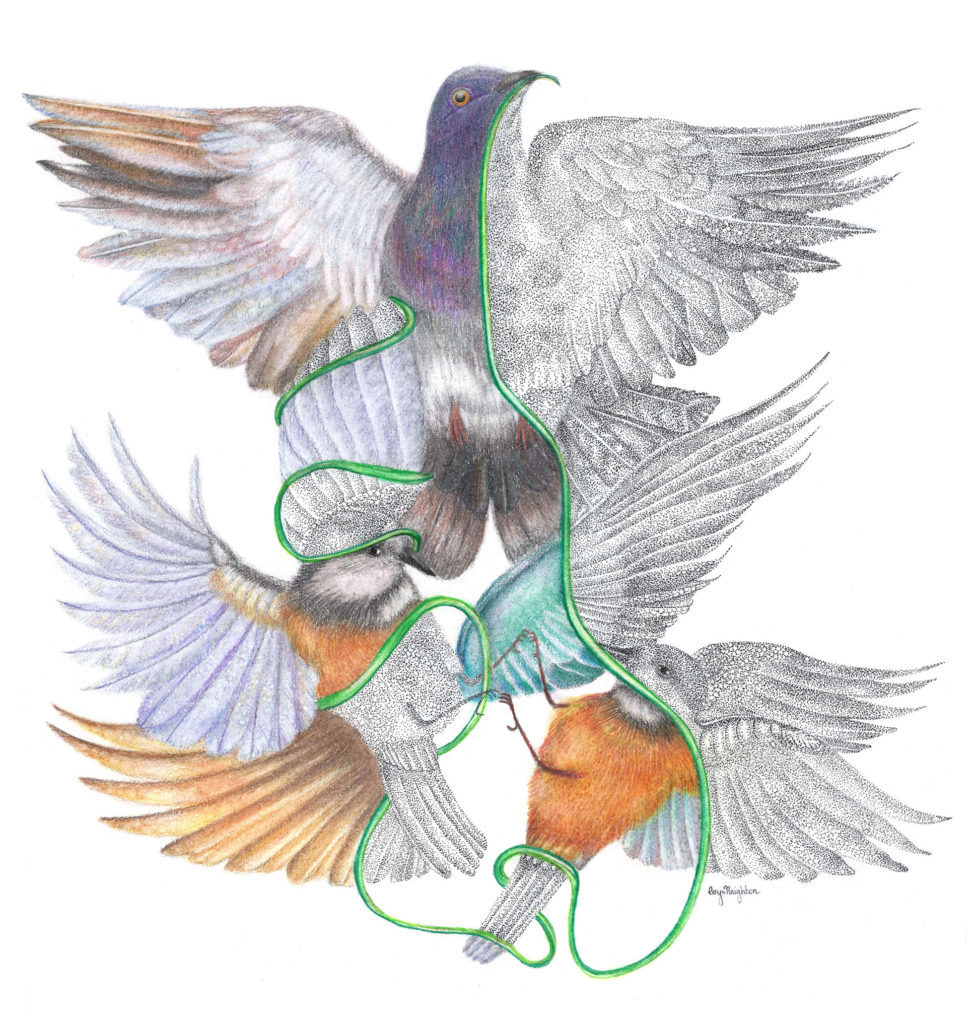 To measure the impact of the work in challenging misconceptions, I used questionnaire forms and I am thrilled with the feedback received: 93.75% felt the work had increased/changed their knowledge of bipolar; 65.63% discovered symptoms they had not previously associated with bipolar, noting examples such as ‘hallucinations’, ‘sensory overload’, ‘cognitive issues’ and ‘memory loss’; 96.88% felt that depictions of 19th century treatment made them reflect on modern debates about treatment; and 100% that cycles of restoration and decay made them reflect on their own individual mental wellbeing.

Read the full presentation of these results. 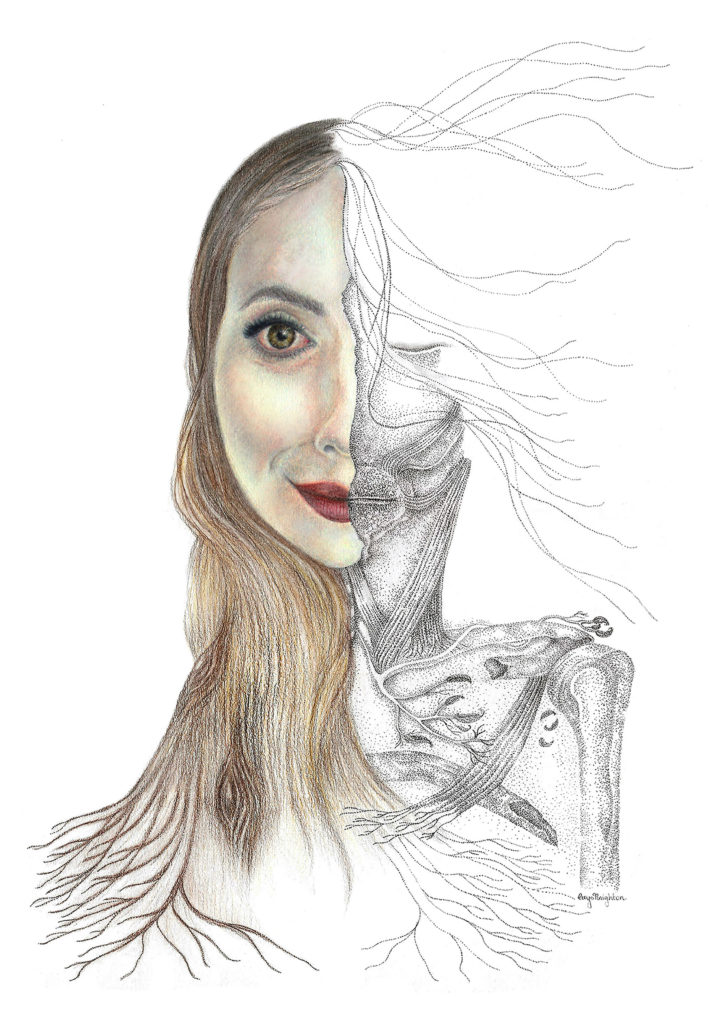 Gaia: Bipolar, Psychosis and the Rotting Body, pen and ink contrasted with pencil

Events alongside the exhibition included an open evening, where I gave a talk about the artwork and research, and a Pointillism and Wellbeing workshop. The purpose of the workshop was a space to try out the technique of pointillism without needing any experience of creating artwork,  a space to simply explore creative expression. I created dotted outlines and also provided blank paper for anyone who wanted to start a piece from scratch, as well as handouts with tips on how to create different textures with ink dots using the pens provided.

Thanks to the wonderful feedback, I ran a further three workshop sessions at The Gate in September, October and November. 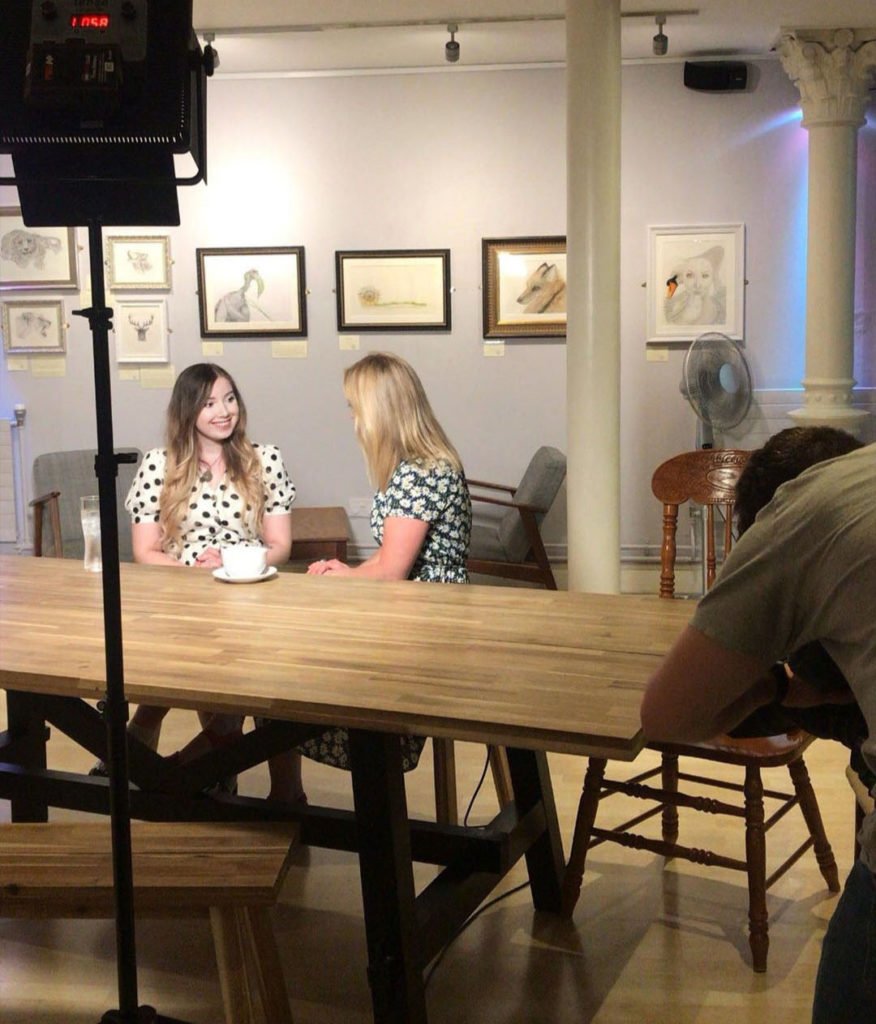 Now about to embark on the second year of my PhD – and horrified by how quickly the first year has flown by! – I am very pleased to have the next three solo exhibitions confirmed across both arts and medical spaces: February-March 2020 at the Plaza Gallery, Llandough Hospital, Caridff; October 2020 at Redhouse, Merthyr Tydfil (with an open evening scheduled for the 10th of October: World Mental Health Day 2020), and June-July 2021 at Hearth Gallery in Llandough Hospital, Cardiff.

Read more about the exhibitions and the work.