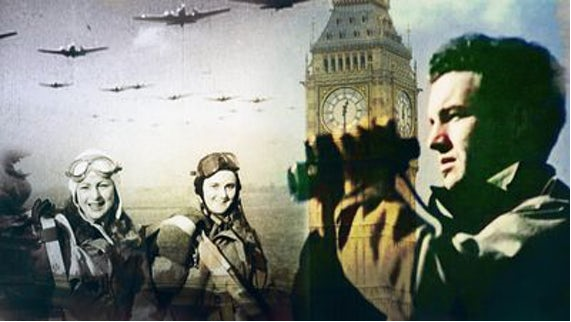 Ayshka Sene, was an AHRC funded doctoral student at the South West and Wales DTP, saw her research come to life after carrying out a 4-month placement on the television programme World War II: Witness to War.

Ayshka’s research relates to British women and internment in France during the Second World War and her three years at the School has given her the opportunity to work with a variety of sources including oral history interviews conducted with survivors, and written accounts, diaries, and letters from various archival holdings in the UK and Europe.  She was keen to see how research can inform television content and how it could be disseminated beyond academia. Consequently, when Professor Hanna Diamond was interviewed for World War II: Witness to War she enquired about placement opportunities with the production company, Like a Shot Entertainment.

As a result, Ayshka worked with the company from February to May 2017, sourcing all eye witness testimonies which formed the basis of the series. Ayshka also worked as an Assistant Producer on filming days with academic experts and provided the research and background for three episodes in the series. Talking of her experience, Ayshka said, “Working as a researcher with Like A Shot was a rewarding and eye opening experience. It was great to see how my skills as a researcher can be easily transferred to documentary research and that my findings could inform and bring fresh perspectives to the documentary series.”.

Dr Sene has gone on to become a Post-doctoral researcher on the H2020 funded UNREST project (‘Unsettling Remembering and Social Cohesion in Transnational Europe’) where her main responsibilities have been the creation and coordination of a MOOC (Massive Open Online Course), ‘How we remember war and violence: theory and practice’, based on the project’s findings.