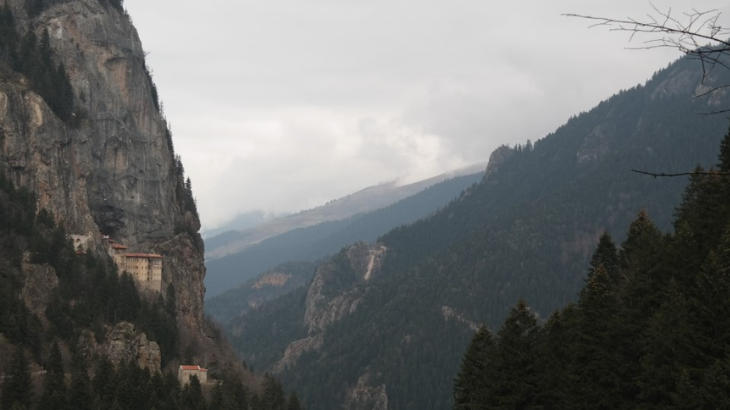 Ewan Short, SWWDTP PhD research student at the Universities of Cardiff and Reading, talks about his placement with the Swedish Research Institute in Istanbul (also involving a visit to Trabzon) and the possible future directions this placement has opened up.

Hi! My name is Ewan Short and I’m in the last stages of studying for a PhD at Cardiff and Reading Universities. Using an interdisciplinary methodology from the social sciences, I’m writing a biography of the eleventh-century Bulgarian imperial woman and Byzantine Empress Aikaterine. Between January 2020 and March 2020 and November 2021 and December 2021 I was a fellow at the Swedish Research Institute in Istanbul.

I began my placement in Istanbul before the beginning of the corona pandemic. The main reason I went to Istanbul is that evidence from the Byzantine built environment is crucial for the argument of my thesis. Istanbul was the Byzantine capital, when it was named Constantinople, and I wanted to develop my skills in this area by working hands on with the medieval buildings there.

The Swedish Research Institute provided the perfect environment to do this because it was at the time headed by Professor Ingela Nilsson, a leading expert in Byzantine Studies. My time in Istanbul was interrupted by the corona pandemic, but with the support of the SWW DTP, for which I am really grateful, I was able to return in autumn 2021 to complete my project. 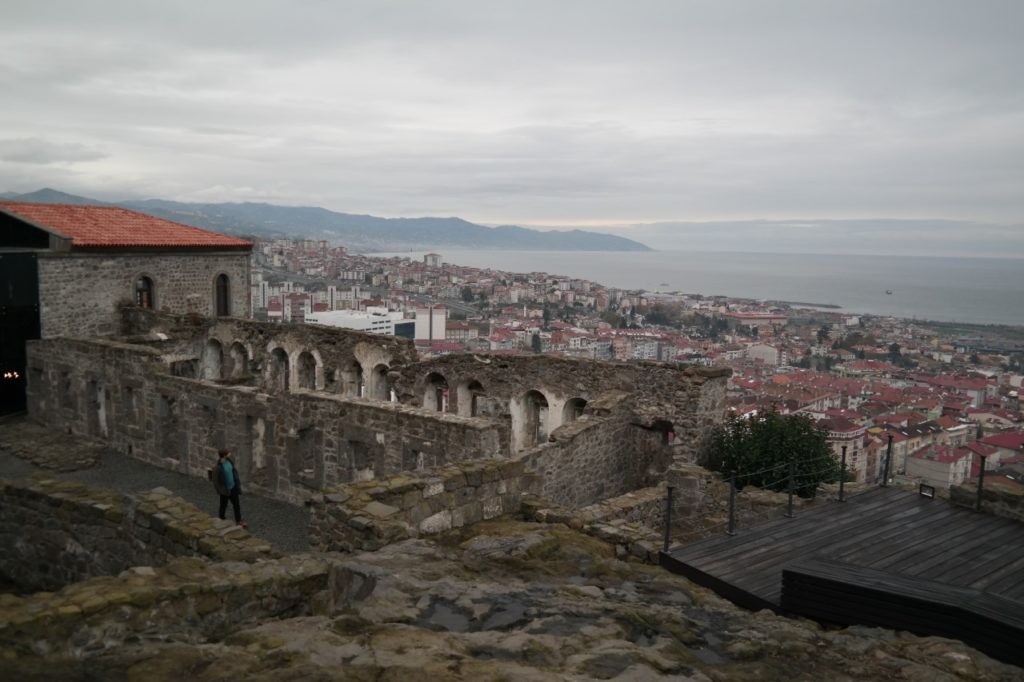 View of the Trabazon coast from the Panagia Theoskepastos Monastery

During the placement, Ingela arranged for me to work with other leading experts in Byzantine Studies who were based in the city. Several city walks with David Hendrix were particularly inspiring. David has an impressive depth of knowledge of the medieval Byzantine and Ottoman cityscape, which he uses to run a hugely popular website named The Byzantine Legacy, with an associated Twitter and Instagram account.

With David’s help, I discovered the Mangana area of Istanbul, running along the eastern cost of the Sarayburnu peninsula, underneath the Topkapi Palace, and overlooking the Bosporus. Thereafter I conducted a project focusing on the history of the Mangana area.

Through this project I honed my skills working with evidence from the medieval Byzantine built environment. My work culminated in a 11500 word article published in the Scandinavian Journal of Byzantine and Modern Greek Studies, focusing on the site in the eleventh century and investigating the view of Constantinople from the sea. 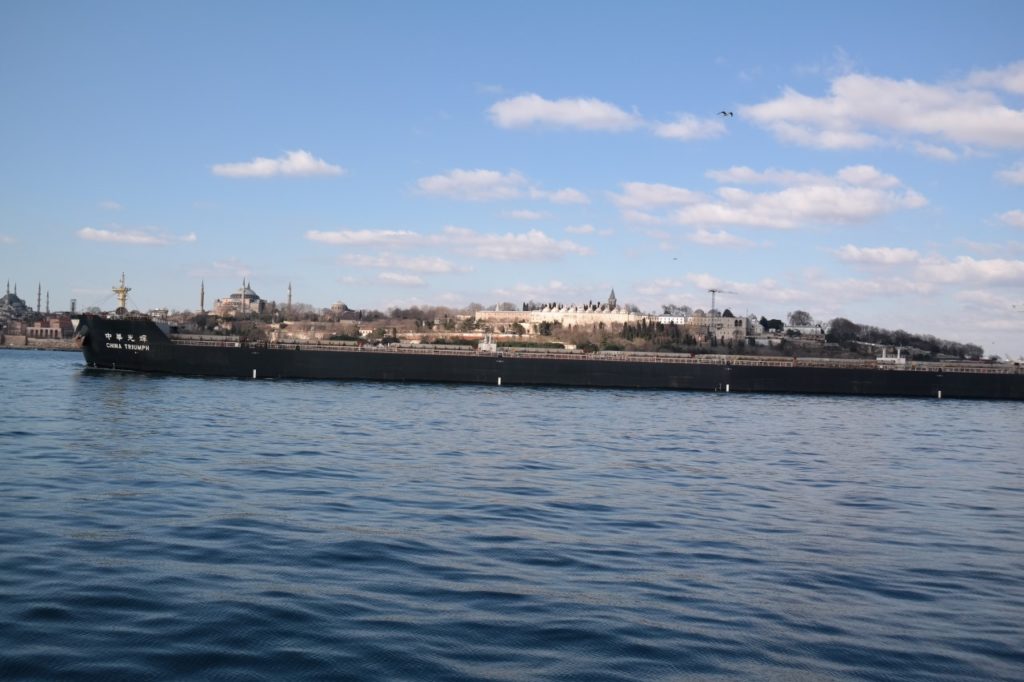 View of the Trabazon coast from the Panagia Theoskepastos MonasteryIstanbul, partially obscured by the China Truimph

Beyond the specific skills which I developed during this placement, one of the great benefits was the opportunity to gain a new perspective on my field of research, Byzantine Studies. It was invaluable to speak with Turkish people on their perspectives on Byzantine history.

A particular highlight was a short visit which I made to the city of Trabzon in eastern Turkey, where I compared the view of the Byzantine cityscape from the sea with that from Istanbul with which I was more familiar. The Byzantine built environment was central to the modern urban fabric there, but I sensed that it was also important to the residents’ perspectives on the identity of their city.

Following on from the placement, I have become more interested in thinking about how ancient and medieval rulers communicated power through the buildings which were visible from the sea. I am currently in collaboration with Professor Daniëlle Slootjes at the University of Amsterdam to develop a proposal for a project focusing on this topic. This is an outcome which I didn’t anticipate when I began the placement, and which I think illustrates how a placement during a PhD project can open doors to exciting and unexpected opportunities.