The Mysterious Case of Lowbury Hill

My PhD thesis, which began as an investigation of a single, Early Medieval burial from Lowbury Hill, Oxfordshire, has radically transformed into a wider analysis of two burials, the archaeology of the site, and the site’s function as part of the Roman and post-Roman landscape of the Berkshire Downs.

Lowbury Hill has long been a site of antiquarian and archaeological interest with interpretations of the site ranging from an upland farmstead to a cattle enclosure, a Roman camp, and more recently a possible Romano-Celtic temple. In 1913/4 Donald Atkinson, then a Research Fellow at the University of Reading, led an archaeological excavation at the site uncovering a Roman enclosure, the burial of a woman in line with the wall of the Roman enclosure, and an Early Medieval barrow containing a furnished burial.

Atkinson interpreted the site as a Roman upland farm based on the coins, tools, and items of personal adornment he recovered. To Atkinson the 35–45-year-old woman who was buried without any grave goods in the line of the enclosure wall was a victim of human sacrifice. The furnished burial of a man who was at least 45 years old contained a sword, a shield, an enamelled spear head, a knife, shears, a bronze hanging bowl, a bone comb, a bone plate of unknown function, and various buckles. This grave was interpreted as a ‘Saxon warlord’ who died during an attack on Lowbury Hill.

Research has moved on substantially since Atkinson’s day. In 1992, a second archaeological intervention on the site was carried out by the University of Reading and led by Michael Fulford and Stephen Rippon. This limited excavation removed similar material to that found by Atkinson and determined that Lowbury Hill was probably the site of a Romano-Celtic temple, though to date no temple has been discovered. 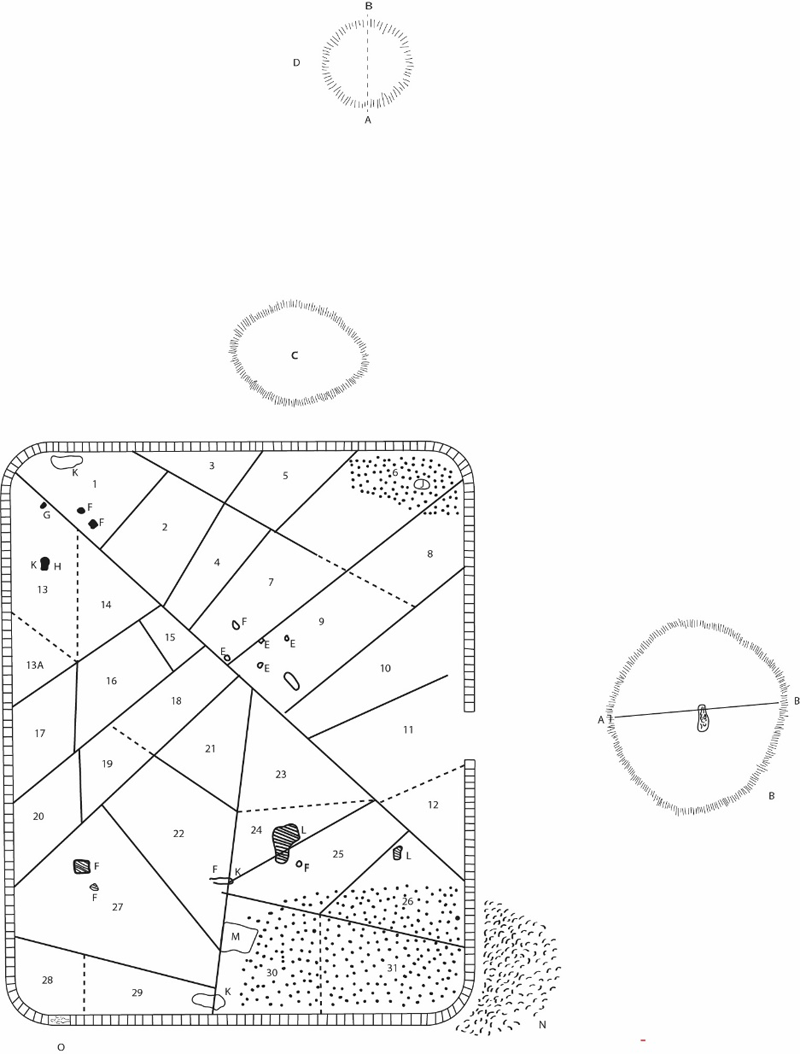 Plan of the site after Atkinson, 1916. Redrawn by Summer Courts

Fulford and Rippon also discovered a ‘robber trench’ in the same area of the wall as the female burial. They hypothesised that the burial may have been inserted into the robber trench, not the enclosure’s foundations. To confirm this theory, they sent a sample of her left ulna for radiocarbon dating.

The results of this testing proved their hypothesis correct and revealed that the woman had lived between (c 550-650 CE) and was buried in the line of the Roman enclosure wall after the wall’s foundations had been removed.

Since 1992, Lowbury Hill has been broadly accepted as the site of a Roman temple, and the male burial, now on permanent display, has received attention as a ‘warrior’ or ‘sentinel’ type burial, but the female burial has largely been forgotten and is now in storage at a facility in Standlake, Oxfordshire. There has been some work which reports her as being a Early Medieval human sacrifice, who had suffered post-mortem mutilation as part of an unknown ritual act (Green 1995; 146 and Aldhouse-Green 2010; 131). This story, however, is based upon missing pieces – in this case, the absence of some of her cranio-facial bones. 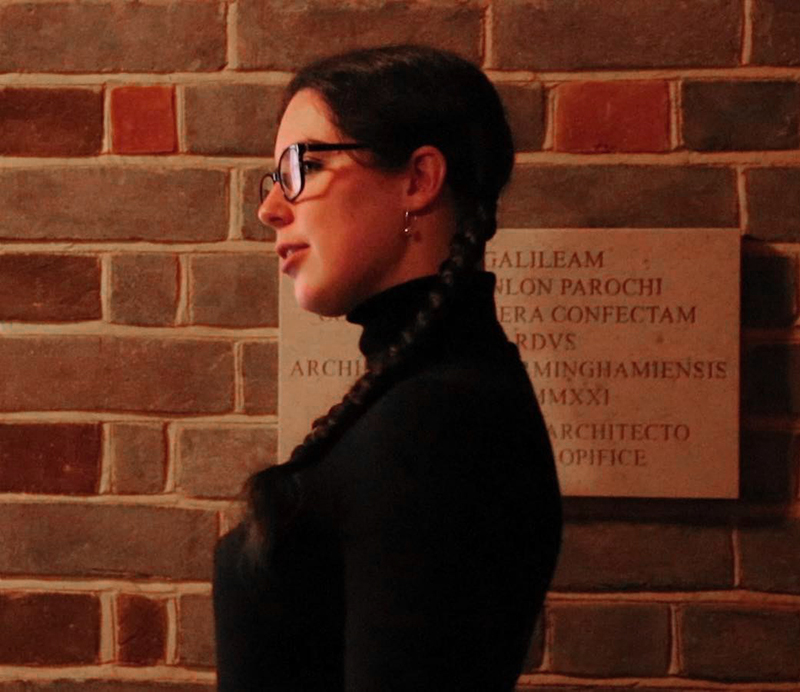 In 2020 Cole et al, questioned this interpretation, noting that the loss of these bones may instead have been naturally occurring due to decay or loss between her burial and her discovery in the early twentieth century. I completed a full osteological analysis of the female burial in October and did not find any evidence for a violent death or post-mortem mutilation and concluded that the missing facial bones can be attributed to normal environmental and excavation damage, not intentional acts of violence.

Over the next few months, I will be carrying out an osteological analysis of the male burial and will be sending samples of both the male and female skeletons for aDNA analysis, stable isotope analysis, and in the case of the male burial, radiocarbon dating. This work, which involved removing the male skeleton from his display in the Oxfordshire Museum, Woodstock has caught the attention of the public and my research has been featured in several news articles. This work forms a core part of my thesis and will bring clarity to the interpretation of Lowbury Hill in the Early Medieval period.

Throughout my research to date, I have had the support of the local community and have had several opportunities to share my work as it develops. Most recently, on November 9th, 2022, I delivered a public lecture as part of a wider programme of events organized by the Oxfordshire Museum Service and Goring. I have been invited back to deliver a second lecture once I have the results of the aDNA and stable isotope analysis and am excited to have another chance to share my work with the community.

My heartfelt thanks goes to the SWWDTP who have generously funded my research to date, Kate Cheng with Goring Library and Angie Bolton with the Oxfordshire Museum service for offering me the chance to share my research with the public. Moreover, I am indebted to Stephan Schiffels at the Max Planck Institute for Evolutionary Anthropology who will be carrying out the aDNA analysis. Last, but not least, is my supervisory team Professor Amy Smith at the University of Reading, Dr Sophie Beckett at Cranfield University, and Angie Bolton with Oxfordshire Museum Service for tirelessly supporting me the past 15 months.